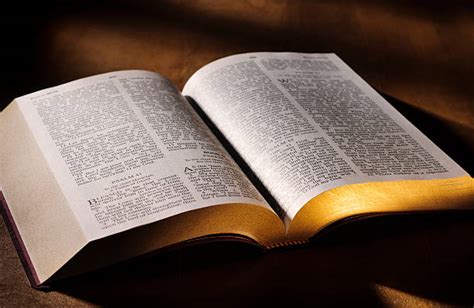 The two lineages are the same for the 14 generations from Abraham to David. Then, the Matthew lineage takes us through the kings of Judah, while the Luke lineage goes through another line. But there were never to be kings in the first place. Israel rejected God as ruler over them when they rejected God’s mouthpiece, Samuel, meaning heard of God, demanding a king like the other nations, so God gave them Saul, the first king of Israel. God would later rend the kingdom from Saul and give it to David.  It is after David that the lineages diverge.  The Matthew lineage goes from David to Solomon, and the Luke lineage from David to Nathan, both sons by Bathsheba.

“Judah’s last prophet, told Zedekiah, Judah’s last king, that the people of Judah were to submit to the king of Babylon and serve him seventy years, after which time they would return to the holy city Jerusalem… But Zedekiah would not heed Jeremiah’s advice. He refused to submit to the king of Babylon, which would have saved his life, the life of his people, and Jerusalem. Zedekiah’s eyes were put out, and he was carried into Babylon where he died in prison.  In refusing to admit to our confusion we are left blinded to the truth, bound by our prison of lies, iniquity, or sin, the wages of which is death; death with regard to the full potential of our soul.  We are going into Babylon, whether we go willingly or forced by the circumstances of our reality.”   —THE BIBLE DECODED

It is after they are carried into Babylon that the two lineages come back together for two generations. The first son born after entering Babylon is Salathiel, meaning I have asked God.  This is where we return to a direct communication with God, which takes place when we humble ourselves by admitting we are confused. His son is Zorobabel, meaning, descended of (i.e. from) Babylon.  Then the lineages diverge again until they both return to Joseph.

What has led Jews into Babylon, and what has led Christians into Babylon, are different, so the path or generations back to Joseph will differ.  Both lineages go through Judah; through Pharez, meaning, breach, and therein lies the problem.

“For Judah prevailed above his brethren, and of him came the chief ruler; but the birthright was Joseph’s.” 1 Chronicles 5:1

Judah prevailed above Israel as seen in her first king, Rehoboam, which means “a people has enlarged,”  But the birthright was Joseph’s. Both camps, Jews and Christians (the Judah of today) have forfeited their spiritual birthright by skipping over the spiritual works, which has caused this breach or gap. To receive the birthright, they will both have to return to Joseph, as both lineages do. Judas is Greek for Judah, who bought a field with the reward of iniquity.  What is counted as iniquity for the Jews is revealed through the prophet Isaiah (1:13,14).  What is counted as iniquity for the Christians is the doctrine of Paul, the Saul of the New Testament. The 12 generations from Salathiel to Christ represents the spiritual judgment that brings us to the spiritual christ, through which we become true worshippers, worshipping God in spirit and in truth.

“But the hour cometh, and now is, when the true worshippers shall worship the Father in spirit and in truth: for the Father seeketh such to worship him.”  John 4:23

The generations should have gone through Jacob’s son, Joseph, not through Judah, which is why both generations go back to Joseph, the father of Jesus through the power of adoption.  All that came in-between; from Judah, the son of Jacob to Jesus, the son of Joseph, shows us our disobedience, and God’s mercy, who gave us David, a man after God’s own heart, who came to turn the heart of the people back to God.  But we are a stubborn and stiff-necked people, which was said of the children of Israel, chosen to represent us the people.

We find this number in the Book of Revelation; a revelation for mankind, which came from Jesus through John.

“And I heard the number of them which were sealed; and there were sealed an hundred and forty and four thousand of all the tribes of Israel.”  Revelation 7:4

“And Jacob called the name of the place Peniel: for I have seen God face to face, and my life is preserved.”  Genesis 32:30

It is our spiritual life that is preserved, through which we enter an invisible wall of protection, the measure of which is 144.

“And he measured the wall thereof, an hundred and forty and four cubits, according to the measure of a man, that is, of the angel.”  Revelation 21:17.

How does man reach this spiritual measure of 144?   By obeying Jesus’ instruction pertaining to the twelve tribes of Israel:

“And Jesus said unto them, Verily I say unto you, That ye which have followed me, in the regeneration when the Son of man shall sit in the throne of his glory, ye also shall sit upon twelve thrones, judging the twelve tribes of Israel.”  Matthew 19:28

The word regeneration means anew; the process of forming again, referring to the forming of a new creation from within, “a new heaven and a new earth,” symbolizing a new mind and a new heart, through which “the first heaven and the first earth” (formed in a darkness we mistook for light; through lies we mistook for truth) passing away through the process.

“And I saw a new heaven and a new earth; for the first heaven and the first earth were passed away.”  Revelation 21:1

The twelve tribes of Israel are neither lost nor extinct, but existing within us in the form of positive and negative aspects.  We are to judge the negative aspects of the tribes, which is to overcome them. The number twelve represents judgment, as we see in our own judicial system.  Judging the 12 tribes of Israel formulates to 12 x 12, which equals 144,

An angel is a messenger. Those that hear, through obedience, the message of the angel of the first 6 churches in the book of Revelation, reach the spiritual measure of 144.   As God’s physical creation was formed through 6 days of works (not to be taken literally), our new spiritual creation is formed through 6 (metaphorical) days of (spiritual) works.  A day is 24 hours, 6 days formulating to 6 x 24, which equals 144.  These spiritual works are the works of the spiritual judgment that is to take place within us— the act of overcoming all of our false religious and personal beliefs.

“And I saw thrones, and they sat upon them, and judgment was given unto them…  and they lived and reigned with Christ a thousand years…”  Revelation 20:7.

The reign of Christ begins within the individual when christ (spirit and word; love and truth) rules their mind and heart.  These make up the 144,000 mentioned in chapter seven of the book of Revelation.  Notice that the tribe of Dan is not listed among the tribes.  That is because the word Dan means judge, and the 144,000 have already judged themselves